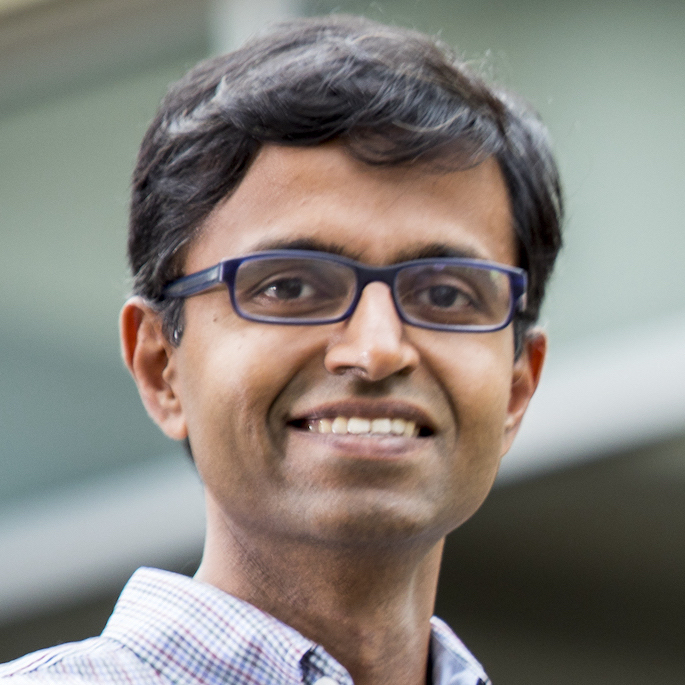 I am a Professor at the Paul G. Allen School of Computer Science & Engineering at the University of Washington. I moved to UW in 2017 after 18 years at The Robotics Institute at Carnegie Mellon University. GeekWire has a couple of articles about the move and my continued love for Pittsburgh. I founded the Personal Robotics Lab in 2005. I am an IEEE Fellow for contributions to robotic manipulation and human-robot interaction.

I AM A FULL-STACK ROBOTICIST.

I enjoy proving theorems (our work on Lazy Planning has won back to back best paper awards at ICAPS 2018 and ICAPS 2019) and designing algorithms (CBiRRT, CHOMP, BIT*, Legibility …), but I’m most passionate about building end-to-end systems like HERB (who starred in an Oreo commercial!), ADA (featured on IEEE and the BBC) , CHIMP, and MuSHR, among others, that integrate machine learning, perception, planning, and control in the real world. My algorithms have run on the NASA Robonaut and the Mars rover, and have been used by Google to perform room-sized 3D reconstruction real-time on the Google Project Tango mobile phone, among others.

I have led large projects, including Intel’s research in robotics, the Quality of Life Technologies NSF ERC, the DARPA ARM-S, DARPA Robotics Challenge, and most recently the HONDA Curious Minded Machine program and DARPA RACER. I was an author of the Roadmap for US Robotics that was presented to Congress in 2013, ran RSS Robotics: Science and Systems 2017, and am an Editor for The International Journal of Robotics Research.

My lab has over 100 alumni. My PhD students and postdocs are faculty at top schools (Berkeley, CMU, Michigan, Technion, USC, …), industry (Boston Dynamics, Facebook, Google, iRobot, Waymo, …), and have started companies like Zordi. Together we have developed software frameworks such as OpenRAVE and DART.

I am a first wave founder of Berkshire Grey, which focuses on material handling, where I spent 2014-2017. Berkshire Grey is currently trading publicly on the New York Stock Exchange as $BGRY. After moving to Seattle, I started Amazon’s Robotics AI Organization in 2018, focusing on inventing and deploying Robotics and AI in Fulfillment. At Amazon, I led a team of ~400 people spread across the world. You are receiving packages at home today that have been transported and manipulated by my robots. I then joined Cruise in November 2022 as a Distinguished Engineer, focusing on motion planning and control, and on scaling and deployment of self-driving cars worldwide!

I have been live on the BBC, on the cover of National Geographic, and have an IMDB page, but my robot HERB is way more famous and we’ve starred together in numerous shows including Going Deep with David Rees. I am deeply committed to STEM, and always excited to talk about robots to a broad audience.

Nowadays, I like to play tennis. I’ve run competitively, captained the CMU squash team, and played tennis and badminton for IIT Madras.

To learn more about my work, visit my lab, watch our robot videos, or listen to my seminars on Human-Robot Interaction at Georgia Tech, Physics-Based Manipulation at Harvard, or my farewell seminar at CMU. Or, you can watch me being interviewed by kids about robots!